Romans in Wales for teachers 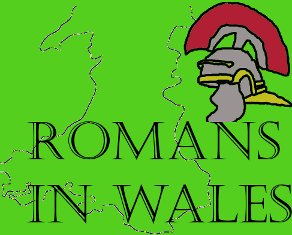 The Romans in Wales:

Lost City of the Legion. Using Archaeology at Caerleon.

The Romans came to South Wales to subdue the fierce native tribe known as the Silures who had put up the most resistance to the Roman military campaign. The Romans wanted all of Britain to be part of their empire but the Silures and other tribes did not. As part of their campaign, the Romans established various military forts and fortlets within a day’s forced march to control the local tribes. Caerleon is one of only three permanent legionary fortresses in Britain. It was constructed by the Second Augustan Legion who were part of the original invasion force of Britain under the command of the soon to be Emperor Vespasian. The legion consisted of 5000 professionally armed soldiers, all of whom were Roman citizens and who had enlisted in the army for at least 20 years. Caerleon offers a unique opportunity to study the Roman army and the spread of a Roman way of life because much of the legionary fortress and the associated civilian town lie beneath open ground, unlike the remains at Chester and York which are deep beneath the modern urban settlements.

How do Archaeologists know where to dig?

Archaeologists survey and plan potential excavations, using evidence such as unnatural “human-made” topography, maps, aerial photography, geophysical survey and researching previous excavations. Many Roman legionary sites around the UK are built in a similar manner, as they all followed a similar plan developed by the Romans during their military conquests around Europe, Middle East and Africa. We know that the Roman legion or army of 5000 men were stationed in Isca around AD74-75 during the final campaigns to subdue the fierce native tribes of western Britain, notably the Silures who had provided the most determined resistance to the Roman advance.

By using geophysics such as magnetometry the lost Roman legionary city of Isca can be revealed. Magnetometry is the technique of measuring and mapping patterns of magnetism in the soil. Ancient activity, particularly burning, leaves magnetic traces that show up even today when detected with the right equipment. Buried features such as ditches or pits, when they are filled with burnt or partly burnt materials can show up clearly and give us an image of sub-surface archaeology. By analysing these results, archaeologists can work out where to dig. This you can see with the magnetometry results at Caerleon, where the entire city has been revealed with barrack blocks, granaries, metalworking workshops and a large storehouse. This is where archaeologists decided to investigate during their excavations this summer.

What tools do archaeologists use to excavate?

When excavating, or digging, archaeologists use different sorts of tools depending on what they are excavating and how hard the soil is to break up. For heavy digging, or to get through a large amount of soil quickly, archaeologists use spades, pick axes and the best of all the mattock, rather like a heavy pick axe. When the archaeologist begins to find artefacts or interesting human made items in the soil, they switch to using a trowel to carefully clean away the soil around the artefact before lifting it out and placing it in the finds tray. If they begin to find very delicate items, such as metal, bone, wood etc, they may use brushes or even dental picks to clean away the edges.

At Caerleon, archaeologists decided to focus on a potential military storehouse to see what they could find out about the Roman army or legion known as the Second Augustan had left behind. Excavations revealed a main entrance, a guardroom, stairway and four small square rooms. Archaeologists found enough evidence of the storeroom to make a reconstruction of it, as similar ones have been found elsewhere.

How archaeologists plan and record what they excavate:

Archaeologists spend much of their time during excavation recording features, fills and deposits in context sheets, drawing features, photography, planning their feature in relation to the rest of the site. Recording features properly and clearly is incredibly important as the feature cannot be excavated in same manner again.

Some of the most exciting finds came out of the small square rooms in the middle of the storehouse. Important new finds of armour (plate and ceremonial) were discovered there. The body armour found is the lorica segmentata type typical of the early Roman imperial army and which appears in almost all films set in the Roman period (makes the legionaries look a little like armadillos). We have numerous iron bands from the torso and possibly shoulders together with lots of copper studs, rivets and buckles for the leather strapping that would have held the armour together. The room also contains some pieces of what we think must be parade or ceremonial armour. We have found a fragment of what looks like scale armour, but rather than the usual Roman scale this is made of tiny copper circles that must have been pinned to a leather backing. There is also a piece of copper sheet with a head in relief and we wonder if this might have come from another very expensive suit of armour, perhaps an officer’s, or from a cavalry parade helmet, you can see the tiny disks extending into the surrounding soil.

Some of the other interesting finds are the so called “small finds” or unusual finds, often metal or jewellery.

The Suburbs of Caerleon

One of the most exciting things that the archaeologists found was evidence of a quayside and suburbs suggesting Caerleon was in line to be one of the biggest Roman sites in Roman Britain.

One of the Directors of Excavations at Caerleon, Dr. Peter Guest says:

“It is difficult to be certain about what we have been found because nothing like this has been discovered in Roman Britain before. The buildings’ ground plans suggest that they were of some importance. We think that they could have included markets, administrative buildings like town halls, bath-houses, store buildings, or even possibly temples. The biggest is enormous and must be one of the largest buildings known from Roman Britain. We can only guess what it was for, but at the moment we’re working on the idea that it had something to do with a harbour on the river, although it does look uncannily like a residential villa building – if that’s the case it was built on a palatial scale. A t Caerleon we seem to have the central public spaces without the surrounding city – where are the people who would have used these buildings? Perhaps they were intended for the legionaries of the Second Augustan, but it is also possible that this is the first evidence for Roman plans to develop the fortress at Caerleon into a major settlement in western Britain – plans that for some reason never came to fruition. That is the great thing about an archaeological discovery like this – lots of new questions that we just don’t have definite answers to at the moment”.

The new discovery was made as part of the Cardiff School of History, Archaeology and Religion alongside University College London’s ongoing excavations at the site.

Download the presentation to accompany our Caerleon toolkit and an overview of the toolkit (.pdf files).