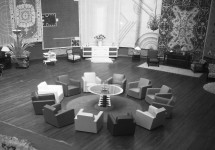 On 6-7 November 2017 we will host an international conference designed to bring together speakers from philosophy and psychology to explore arrogance, dogmatism and close-mindedness in debate. More details and call for participation to follow.