In the Shadow of the Palms:

In this talk, Dr Sophie Chao will draw on her forthcoming book, In the Shadow of the Palms: More-Than-Human Becomings in West Papua (Duke University Press, 2022) to explore how Indigenous Marind communities in the Indonesian-controlled province of West Papua understand and navigate the social, political, and environmental demands of the oil palm plant. Situating the recent proliferation of oil palm plantations in West Papua within the context of the region’s volatile history of colonisation, ethnic domination, and capitalist incursion, Sophie Chao will trace how Marind attribute environmental destruction not just to humans, technologies, and capitalism, but also to the volition and actions of the oil palm plant itself. By approaching cash crops as both drivers of destruction and subjects of human exploitation, she will problematise violence as a more-than-human act, while centering how Marind fashion their own changing worlds and foreground Indigenous creativity and decolonial approaches to anthropology. 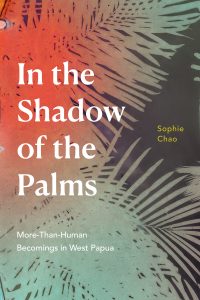 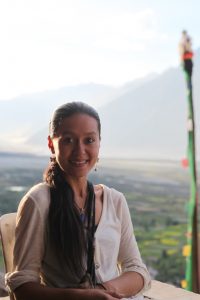 Multispecies justice is a developing field – or perhaps more accurately, set of fields. It draws together a range of academic fields to examine human and nonhuman relationships. These include relationships of respect, responsibility and, to some, reciprocity. The extent of those relationships and the range of species, forms and being to be included, however remains indistinct and variable. Whereas within traditional theories of justice, concern for other beings remains tied to the desire to enhance human experience, life opportunities, goods and virtues, the call to multispecies justice is motivated by the recognition that all forms of being have intrinsic value and values. My argument here is that given the relative infancy of multispecies justice as a field of study in the western academy, there is an opportunity to ensure it examines not only how to avoid damaging domination of the nonhuman realm, but also the ongoing colonial domination of Indigenous epistemologies and ontologies. I am not suggesting an appropriation of Indigenous knowledge, but rather an exploration of ways in which the field may remain sufficiently nuanced and open to accommodate multiple epistemological and ontological framings of theory. In this paper I will draw from Mātauranga Māori to discuss an aspect of that decolonial project—why the scope of multispecies justice must cover all planetary being and all time.