Kate is a broadly trained Human Geographer trained the US and Canada (in  the UK since 2007).  Her work lies at the

intersection of Social/Cultural and Feminist Geography with areas of expertise on the socio-spatial dynamics of care work, embodiment, breastfeeding and public culture.  She maintains an active research agenda within Geography advancing conceptual debate through theoretically informed qualitative research.  She also connects with scholars in other fields (including Planning; Nursing and Midwifery; Women’s’ Studies and Science and Technology Studies) and is always keen to make new connections.  She has experience supervising PhD students and is keen to work with postgraduate students at Cardiff.  Finally, she is committed to communicating with broader publics in policy, advocacy and practitioners, and have links to Public Health Wales, the NCT and Bristol City Council relating to infant and maternal health and nutrition and the support of new mothers.

Vicky is an archaeologist with research interests in family life, domesticity and childhood in the past. Her current work explores these themes in working-class British households in the 19th century, focusing particularly on material culture and its didactic role in the home. She is also interested in the ways in which literature, autobiography, visual culture and material culture intersect. She is currently working on two AHRC-funded projects; one examines the concept of the ‘family archive’ through time (http://www.cardiff.ac.uk/share/research/projectreports/the-family-archive-project.html), while the other considers how children have been used to project new futures during times of conflict (http://childrenofthefuture.leeds.ac.uk/). You can find out more about Vicky’s research here.

David’s research focuses on perceptions of gender among the enslaved population of North America, examining in particular divisions and hierarchies which developed in black communities in the United States during the nineteenth century. While enslaved people were ostensibly unified by racist oppression, David’s research emphasizes the degree to which suspicion, competition, and conflict could shape life in slave communities, analysing the competing loyalties, shifting allegiances, and multiple strategies for survival enslaved people used to assert their humanity in an inhumane institution. In his work David also explores the complex sexual terrain of U.S. slavery, examining how racial and gendered assumptions could shape intimate relationships in slave communities. David has broader interests in the history of U.S. expansion during the nineteenth century, noting the conflict and violence that marked such expansion, as well as wider issues associated with migration, movement, and colonisation. You can find out more about David’s research here.

Janet’s research interests fall into three areas. The first is concerned with social policy, welfare practices and popular culture in 20th century Britain and the ways in which problematized and/or silenced family relationships have been understood and portrayed visually. The second brings her interests in the ‘visual’ into the present. This research examines the possibilities of participatory visual research for exploring everyday experiences of family and community life as well as theoretical questions about interpretation, meaning-making and the emotional power of the visual medium. The third area of her interests is in the contemporary dynamics of policy and personal relationships and is focused upon what helps people sustain relationships and how cultural myths, such as finding ‘the one’ and living ‘happily-ever-after’, are understood and reconciled by adult couples whose own relationships may fall short of these romantic ideals. You can find out more about Janet’s research here.

Maria is an ancient historian with a special interest in the interaction of history and literature in the study of the ancient Greek world. Her areas of expertise include: the political and social history of ancient Greece; colonization; perceptions and definitions of Self and Other in the ethnic context of ancient Greece; comparative and interdisciplinary approaches to classics from the perspectives of: modern anthropological theories of kinship; political science; war studies; sociology of emotions; modern literary criticism. Her monograph Kinship in Thucydides: Intercommunal Ties and Historical Narrative (Oxford University Press, 2013) provides the first exhaustive analysis of kinship between ancient Greek communities, and of the role of emotions and intangible factors in ethnic conflicts. It applies for the first time anthropological theory on kinship to Thucydides and presents a new interpretation of the Peloponnesian War and its historian, by tackling both historical and literary questions. You can find out more about Maria’s research here.

Catherine is in the final stages of her PhD research at Cardiff University. Using the vastly underexploited records of the Court of Great Sessions, her thesis examines the nature and extent of female criminality in Wales during the eighteenth and early-nineteenth century.

Her wider research interests include:

You can find out more about Catherine’s research and teaching here. 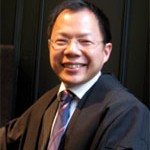 Erich Hou is a postgraduate researcher at Cardiff Law School and he has recently submitted his PhD thesis focusing on universal human rights and equal marriage. He also teaches human rights and discrimination law with Prof. Luke Clements and Ms Pauline Roberts. Before joining Cardiff Law School, he has practiced in New York (attorney-at-law, 2001), Hong Kong (registered foreign lawyer, 2002-4) and England and Wales (solicitor, 2008). He now lives in South Wales with his civil partner Martin and their Labradour, Yoshi. You can find out more about Erich’s research here.

Beth is a second year PhD candidate at Cardiff University examining women in the professions in Wales c.1880-1945.  Her other research interests include:

You can find out more about Beth’s research and teaching here.

Lucy is interested in researching women’s contribution to the Welsh economy, in particular the barriers faced by women working in non-traditional roles and sectors. She is also interested in the social and cultural issues that influence women’s career choices. You can find out more about the work of Chwarae Teg here).

Siriol’s PhD thesis considers the interaction of modernist women writers with an important strand of nineteenth-century literary culture: medievalism. Focusing in particular on Virginia Woolf and Lynette Roberts, her study addresses the resonance of anthropology, ritualism, and spiritual motifs in their work, and the connection of these to medievalism. She suggests that Woolf’s and Roberts’s ‘radically eccentric’ use of medieval culture forms part of their gendered response to fascism and war, and proposes that the medieval past offers these writers a structure for reflecting upon, and reimagining, gendered and national identity, place, and language. You can find out more about Siriol’s research here.

Helen’s research examines the roles attributed to women in documentary, chronicle and literary evidence from the 12th to the 15th centuries, considering especially their roles in warfare and in religious orders during this period. Her research typically involves reading against the grain of these sources and unpacking layers of social expectations and literary tradition. We cannot recover the real women from these sources, but can attempt to establish social expectations and cultural norms. You can find out more about Helen’s research and teaching here.

inscriptions, including bookplates and prize stickers. Her research takes an ethnohistoric approach to these signs of ownership. As well as their communicative functions, she am interested in the people behind the signs and whether there is a link between the inscription and who they were (e.g. social class, job, gender etc.)

Erin’s current research employs qualitative methods in order to examine landscapes of energy consumption in rural households and communities in north-west Wales. She is particularly interested in how identity, place, perceptions, practices and generational power relations combine to create specific landscapes of energy consumption, and how this may persist or change generationally. You can view Erin’s Cardiff University webpage here, and find out more about her research here.

Jeremy’s research is concerned with the prevention of alcohol misuse by young people, including the role of parents and families. The evaluation of family-based and parenting prevention interventions and school-based interventions is a major focus of his work. Current work includes involvement in a randomised controlled trial of the Strengthening Families Programme (10-14), including leading the study’s process evaluation. He is also interested in the potential of social media – particularly Twitter and blogs, as tools for academic researchers. You can find out more about Jeremy’s research here.

Drawing upon theories from the fields of postcolonial and multicultural studies, Lisa’s doctoral research examines the representation of multiculturalism and the portrayal of racial, ethnic and linguistic minorities in contemporary Welsh- and English-language fiction from south Wales. She also considers how such a depiction is affected by the presence of Wales’s minority Welsh-speaking community and its political situation as a devolved country within the UK.

Her broader literary interests include the literatures of Wales, particularly in the twentieth and twenty-first centuries, modern British and Irish writing, postcolonial literature, women’s writing as well as literary production, the book trade and literary prize culture in Wales and the UK. She is also interested in the cultural history of Wales from the late eighteenth century to the present day, minority language communities in Europe and the history of migration and migrant communities from the nineteenth century to the present day.

Shaun specialises in later Roman and Byzantine history. He has particular interests in imperial families (Constantinian, Macedonian) and eunuchs and their families. He is especially interested in sibling and nephew/uncle relationships. He is interested in social history and gender history as well as political history, and is currently editing a Handbook on Byzantine Gender for Palgrave. You can find out more about Shaun’s research and teaching here.

Garthine’s general research interests include early modern gender, crime, sexuality, past subjectivities; historical theory and historiography. She is currently working on a project on rape and sexual violence, 1500-1800. You can find out more about Garthine’s research and teaching here.

Virpi’s research interests include discourse, ageing and identity; older first time parents and their representation in the media; and accounts of parenting decisions. You can find out more about Virpi’s research and teaching here.