Melanie Bigold is a Lecturer in the School of English, Communication and Philosophy. Her research interests encompass women writers of the long eighteenth century; women’s literary history; life-writing; and a number of areas of book history (including collecting, marginalia, readers, and manuscripts).  She has published a monograph on Women of Letters, Manuscript Circulation and Print Afterlives in the Eighteenth Century: Elizabeth Rowe, Catharine Cockburn, and Elizabeth Carter (Palgrave, 2012), and transcribed and edited manuscripts for The Slave Trade Debate (Bodleian, 2007). She is currently working on a joint biography of George Ballard and Elizabeth Elstob, and leading a project on marginalia and provenance in the Cardiff Rare Books collection. She is a founding member of the Families, Identities, and Gender Research Network (FIG). Find out more about Melanie’s teaching and research activities here.

Tracey Loughran is Lecturer in History in the School of History, Archaeology and Religion. Her research interests centre on the ways in which knowledge is constructed, ‘translated’ and transformed across different disciplines and contexts, and particularly the social and cultural construction of ideas about body, mind, and gender. She is also interested in historiography and historical theory, and the challenges involved in teaching undergraduates about these conceptually demanding areas. Her published research to date has explored medical understandings of shell-shock in First World War Britain, and her new research project explores the dissemination of health advice to women in popular and feminist magazines in Britain during the 1960s and 1970s. She is committed to furthering interdisciplinary research initiatives and is a founding member of the Families, Identities and Gender Research Network (FIG). Find out more about Tracey’s research and teaching activities here.

Dawn Mannay is a Lecturer in Social Science (Psychology) at Cardiff University and also held the posts of Associate Lecturer at the Open University and Visiting Lecturer at the University of Newport; as well as being involved with the Women Making a Difference Program. Her research interests revolve around class, education, gender, geography, generation, national identity, violence and inequality: and she employs participatory, visual, creative and narrative methods in her work with communities. Dawn is particularly interested in intergenerational gendered family relationships and she recently joined FIG as a convener after attending the group’s events, including the 2011 FIG Symposium. Find out more about Dawn’s research and teaching activities here.

Siwan Rosser is a Lecturer in the School of Welsh. Her research interests involve the marginal and the popular in Welsh literature since the eighteenth century. Her monograph, Y Ferch ym Myd y Faled (2005) explored the representation of women in printed ballads, and her current research centres on how identity, gender and nationhood is imagined and mediated in Welsh-language children’s literature. She is at present looking at these issues in the context of contemporary children’s poetry and Welsh translations of Roald Dahl’s novels. Siwan is a founding member of the Families, Identities and Gender Research Network. You can see more about her research and teaching activities here:

Katherine’s research is in the area of developmental psychology with a focus on the emergence and maintenance of developmental psychopathology in social contexts during middle childhood and adolescence.  She is particularly interested in the relationship between aspects of family functioning and children’s psychological well-being. She is also interested in the implications of experiences of homelessness for young people’s mental health and well-being. Katherine is a founding member of FIG. Find out more about Katherine’s teaching and research activities here. 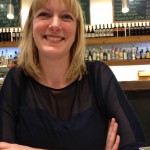 Stephanie is Lecturer in Modern Welsh History in the School of Archaeology, History and Religion. Her research interests include the study of social movements, comparative histories, the formation of working-class gendered identities and family life in early twentieth century Britain. She is particularly interested in exploring the relationship between the working class and the state and the impact of social policy. She has recently published a monograph examining these issues, Unemployment and the State in Britain: The Means Test and Protest in South Wales and the North-East of England (MUP, 2013). She is currently working on the transition between youth and adulthood and the role of the body in conceptions of masculinity. She has a forthcoming article on courtship amongst young adults in south Wales and the north-east of England. She is a founding member of the Families, Identities and Gender Research Network. Find out more about Stephanie’s research and teaching activities here.